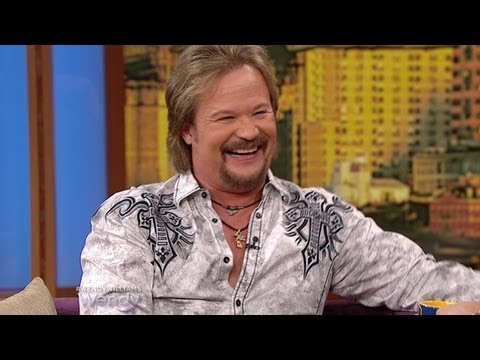 Travis Tritt has been making various stops during a media tour promoting the release of “The Calm After.” The album marks his first release in six years.
The week started in New York with an appearance on The Wendy Williams Show, which included an beautiful acoustic performance of the song, “The Pressure Is On,” from the critically acclaimed album. The singer talked about everything from family life to recording a remake of “Sometimes Love Just Ain’t Enough” with daughter Tyler Reese.
Williams also touched on controversial topics in country music including openly gay singer,Steve Grand, garnering national attention recently. Tritt responded, “The thing that makes country music so universal is the fact that it appeals to a wide swath of people regardless of what your social background is, what your social status is, what your race is, your gender is…”
See the FULL interview here:

Travis continues a full tour schedule. Look for his daughter, Tyler, to join her Dad as a special guest on select dates in 2013. Check out the TOUR PAGE for upcoming dates.