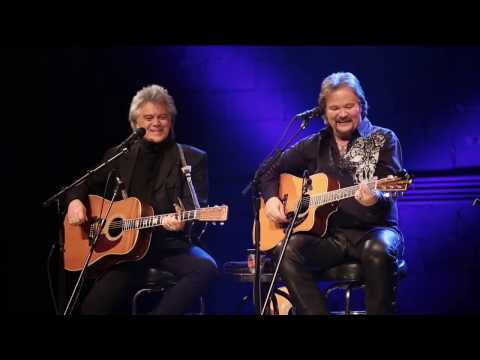 Travis Tritt talks about his new, solo acoustic live album, the artists who influenced him and what he thinks about pop stars appearing on country music awards programs.

Considered an exciting up-and-coming artist when he released his 1990 Country Clubdebut album, Tritt quickly built an impressive music catalog that payed homage to country greats like Hank Williams, Merle Haggard and George Jones.  But at the same time the music honored Tritt’s love for rock ’n’ roll and groups like The Allman Brothers Band, Lynyrd Skynyrd and Bob Seger.
Tritt spoke with Pollstar a few the days before the Nov. 18 release of A Man And His Guitar – Live From The Franklin Theatre.  The new album is available via TravisTritt.com and through major digital retailers and a DVD of the concert is available through Tritt’s website and on his tour.
In addition to talking about the new release, Tritt expressed his love for gospel, rock, blues and other genres that have influenced him through the years, reminding us that he’s as much a music lover as he is a music artist.
A Man and His Guitar – Live from the Franklin Theatre, seems tailored made for fans wanting a closer look at your music, almost as if you’re playing for friends in your living room.
That’s one of the biggest reasons we chose to do it.  From the start of my career, when I was doing shows with the band, I would send the band off midway through the show and I would do one or two songs by myself with an acoustic guitar.  The response to that was always phenomenal.
Back in the early days, I had managers and booking agents who all asked me to consider putting an entire show together that way, just me and a guitar.  I don’t know why I resisted it, but probably because of the fact that, for some reason at that particular time, I didn’t think that anybody would pay good money to come and watch a guy like me sit down and play guitar and sing for two hours.  I never thought that would ever happen.
About six years ago, my booking agent finally convinced me to do a small number of those type of shows. I think we booked five, originally.  We did them in performing arts centers where it was a little more intimate, 2,000 people at the most.  We did those and the response was through the roof.  I put together a show I originally thought would be 90 minutes [long] and the first show lasted 2 hours and 20 minutes.  The audience response was fantastic, over the top.
So that encouraged me to do more of them.  We still don’t do that many but out of the 150 dates I do a year, we do about 30 shows that are solo acoustic. For me, they really don’t feel like shows.  It’s much more relaxed.  When it’s just you and a guitar out on stage, it feels like I’m sitting in my living room playing to my friends.  Plus, it gives me an opportunity to, not only play a lot of the music from my catalog, but to play some other things, like songs from artists that influenced me from the time I was very young.  It gives people the chance to hear songs performed by me that they may not hear any other way.  It’s been a great opportunity for me and I’ve enjoyed it.

Check out the full interview with audio samples at Pollstar.com >