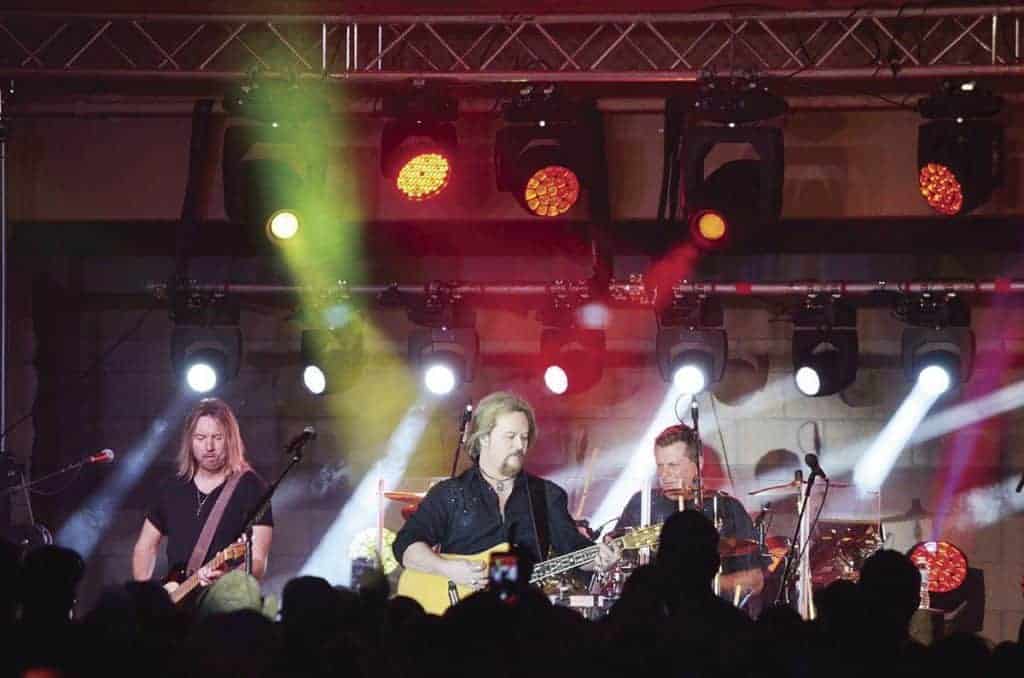 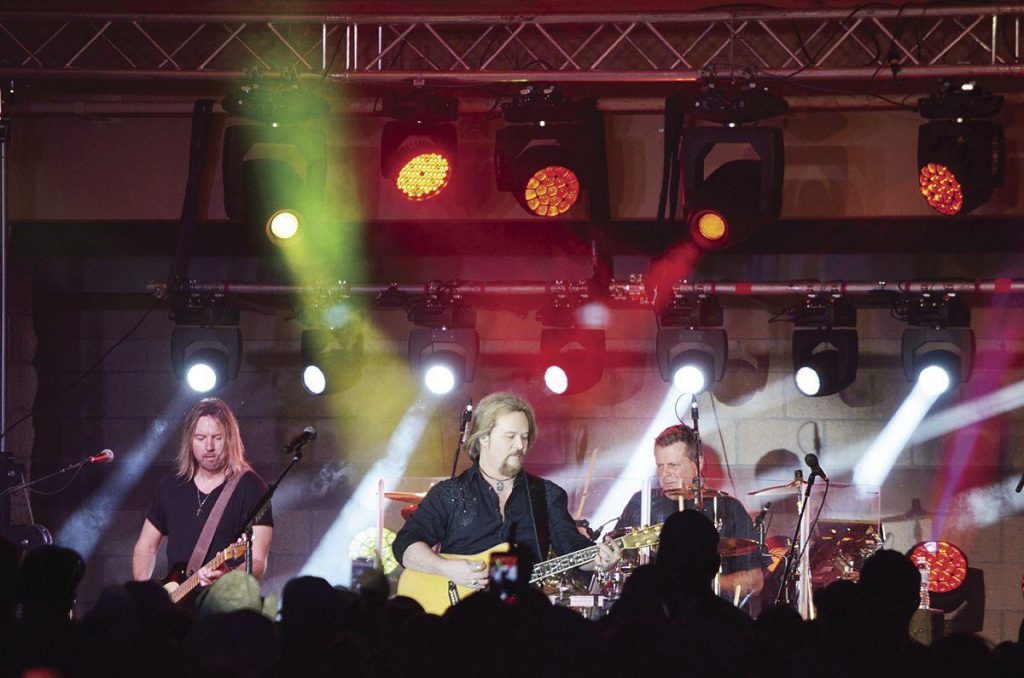 INDEPENDENCE – Country music lovers came from all parts of the state and beyond to listen to Travis Tritt in concert at the Riverwalk Park band shell August 4.
The bands Eight Seconds and Forgotten Highway warmed up the crowd, which grew as the night progressed. Although not overflowing due to all of the other events in the area, it was decent sized and enthusiastic, which made promoter Rob Hocken happy.
“To the crowd: Thanks for supporting!,’ Hocken said. “Too much competition in every market around us, but things like this take time. We definitely put Independence, Iowa on the map. The mood was great. The show was great!”
Hocken only had one thing on his list to change – the number of porta potties.
“That was unexpected,” he said about the long lines. “The reason was people traveled so far that it was the first thing they did, before the drinking started. By the end of the night the lines where fine.”
Hocken is looking forward to scheduling another concert.
“I would like to come back,” he said. “If anyone or company would like to get involved please let us know. The city was great, including Dustin Dallenbach, Chief of Police.
“The venue is great, small market, but it’s my hometown and I would like to give the park opportunities. Lots of agents from New York, LA, and Nashville called me after the show for great feedback,” he said.
Chief Dallenbach agreed. At the August 6 City Council workshop he reported that other than the the issue with the porta potties, and a few public urinations in the bushes, it was a great event.
“This event brought many people to our community, and even so many people within the park our department only received one call to this area,” he said. “While people were leaving the park I heard many say that they had a great time.”
In the near future, Hocken and his company, Upper Deck Concerts, will be helping many fairs, festivals and venues on buying the best artists and production (stage, sound, lighting, and roof) throughout the Midwest and Canada.
“I would like to think Cy & Charley’s, Checkered Flag, all the workers, and my family,” said Hocken for all their help and support.