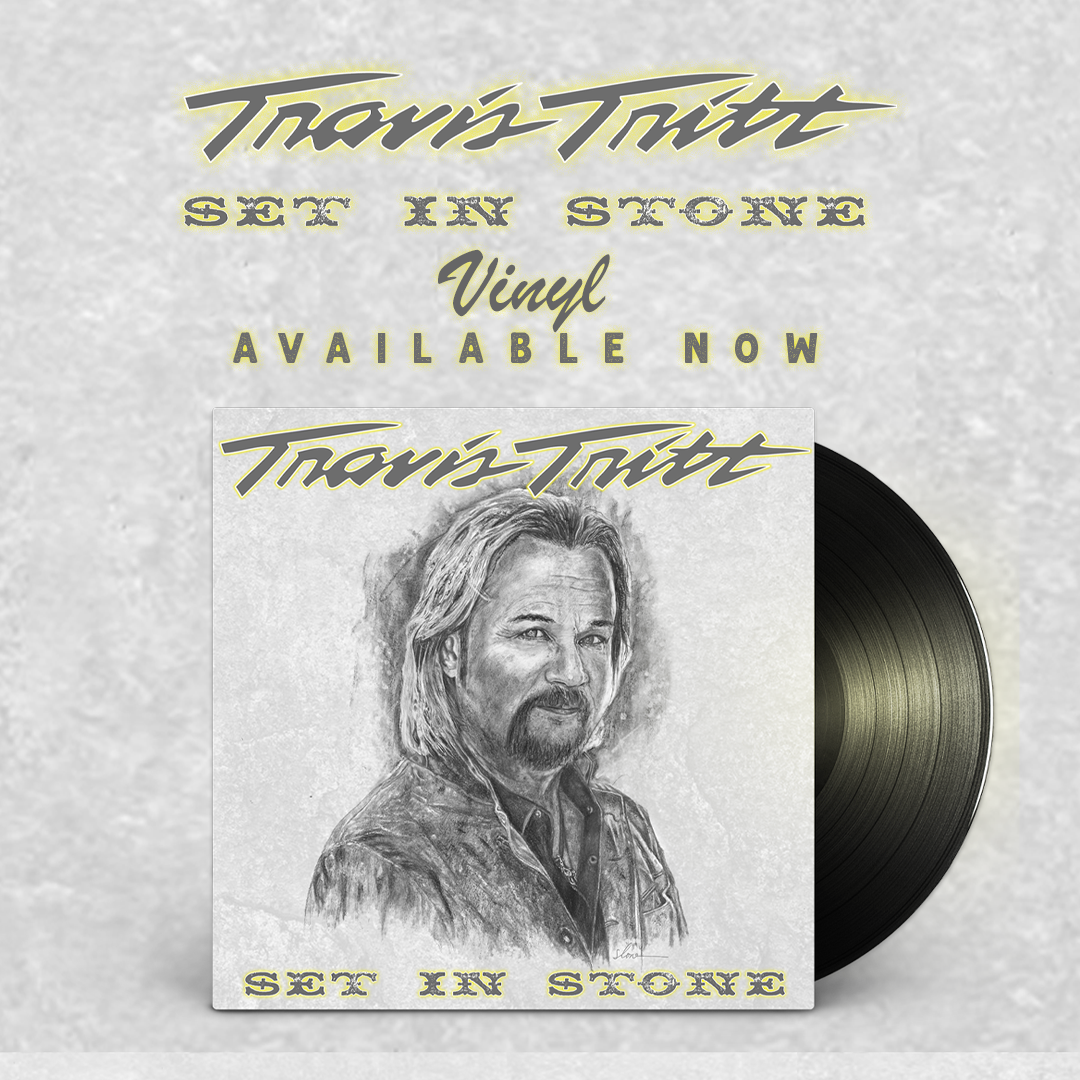 Multi-Platinum selling and award-winning artist Travis Tritt’s Set In Stoneis now available on vinyl.  The album, Tritt’s first original full-length studio album in over a decade, was released digitally and on CD on May 7. On Set in Stone, the Grammy winner delivers the quintessential Travis Tritt sound with a touch of Americana and Roots. He pays homage to all sides of his musical personality along with the trademarks of his originality.  Opening with the rowdy “Stand Your Ground” and mixing powerful love songs like “Leave This World” with searing country rockers like the first single “Ghost Town Nation,” the new album is described by Tritt as “getting back to a no-frills classic outlaw-country sound.”

Released through Big Noise Music Group and produced by Dave Cobb (Chris Stapleton, The Highwomen, Sturgill Simpson), Set In Stone features 11 new songs, 8 of which were co-written by Tritt.

Purchase the new Set In Stone vinyl release here.  For a limited time, a 20% promo code [SETINSTONE20] is available and may be used at the time of purchase. New merchandise has also been added to the Travis Tritt online store and is now available to order here.

Travis Tritt continues to sell-out shows and stays authentic and relevant to country music fans across the globe. Tritt recently announced he will hit the road in 2022 for his solo acoustic tour, An Evening with Travis Tritt. His distinctively soulful voice and exceptional guitar prowess continue to be front and center. To purchase tickets or for more information on Travis Tritt’s remaining 2021 tour dates, forthcoming 2022 tour dates and more, please visit https://travistritt.com/tour/.