Travis Tritt on Glenn Frey: 'It Was an Inspiration to Be Around Him' 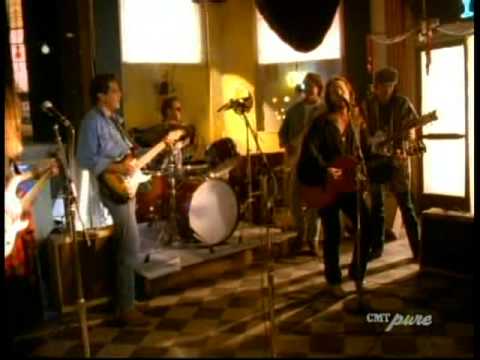 Singer Travis Tritt holds an interesting place in Eagles history, having been present to witness them all back in one place after a long hiatus. The “Country Club” singer spoke to Rolling Stone Country and gave a heartfelt remembrance of meeting Eagles co-founder and guitarist Glenn Frey — whom he calls an “inspiration” — on that day.

For the 1993 Eagles country music tribute Common Thread, Tritt recorded Frey and Jackson Browne’s song “Take It Easy,” which was chosen as a single. At Tritt’s suggestion the video actually reunited the band’s classic lineup (Frey, Don Henley, Don Felder, Joe Walsh and Timothy B. Schmit), who hadn’t performed together since their acrimonious split in 1980. In numerous scenes from the video (watch below), the guys can be seen performing the song with Tritt.

“It was only just an idea that I had and I had no way of knowing whatsoever that that would be the catalyst that would launch them back into going back out and working together again after being on a 14-year hiatus,” recalls Tritt of meeting the band, who went on to mount the Hell Freezes Over tour in 1994. “All I knew was these guys had inspired me so much to want to be a musician and be a songwriter, and do music that appealed to people.”
Tritt notes that Frey in particular was generous and humble in a way that seemed at odds with his position as a principal member of the biggest-selling band in U.S. history.
“Here’s a guy that was one of the biggest rock stars of our generation that was never, ever too big of a star in his own mind to stop and talk and encourage and acknowledge anybody, regardless of their stature in the business,” Tritt recalls. “He didn’t have to do that and that’s a great lesson not only for me, but anybody in this business: to never get above your raising.”
Among Frey’s musical output, Tritt cites the solo cut “Smuggler’s Blues” as one of his personal favorites, but also “Take It Easy” as a standout among the Eagles’ work. As a writer and singer of many of the Eagles’ biggest hits, Frey’s contributions to popular music are so large that they helped shape the sound of country music now.
“If you look at the entire catalog of all the things that the Eagles did for all those years, not to mention the things that Glenn did in his solo career, it’s always just always top notch,” says Tritt. “It shows that not only did he have a tremendously high work ethic, but he also had a tremendous love for what he did. It was a love and a passion for music that honestly, I really think anybody in our business has to have in order to be successful in it. It was an inspiration just to be around him and to listen to the songs that he did both with the Eagles and on solo projects and just know that he was one of the greats of our time.”