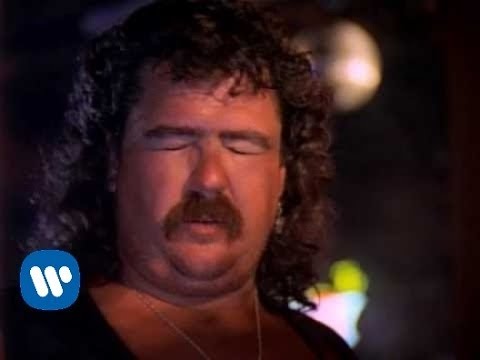 Travis Tritt hasn’t released new music in six years. But that doesn’t mean the multiplatinum-selling, GRAMMY-winning country star has been simply taking things easy. In fact, he’s been keeping quite busy.
Throughout much of his career, which kicked off in the late 1980s, Tritt has been signed to some of Nashville’s biggest labels, including Warner Brothers and Columbia. But this year he took a different approach to releasing his music–he launched his own record label, Post Oak Recordings. The label is now home to his new albumThe Calm After…, which dropped July 9.
One of the biggest-selling country artists of the 1990s, Tritt these days still spends much of his time on the road. He recently stopped by Radio.com to talk about his new album, how the business of music has changed, writing songs, and the power of music.
Eleven of the 13 tracks on The Calm After… initially appeared on Tritt’s 2007 release The Storm, which was released by the independent label Category 5 Records. Due to legal and financial difficulties at Category 5, however, The Storm never received the attention Tritt hoped for.
“The album really never got an opportunity to see the light of day,” Tritt told Radio.com in a recent interview (below). “I knew if I could get those masters back and re-release it on my own label that I could do something with it and give it an opportunity to see the light of day that it never had the opportunity to see before.”

A dream of his for the past five years, Tritt finally was able to start his own record label, something the “T-R-O-U-B-L-E” and “Ten Feet Tall And Bulletproof” singer never thought would come to fruition when he started his recording career more than 25 years ago.

“Things have changed so much in the marketing world that you can actually take the music directly to your audience without having to go through middle men,” he reflected. “It’s really thrilling for me to see how much things have changed just in the last six years since we released the project prior to that.”
Once Tritt got the masters from The Storm, he began remastering the songs and added two cuts to the album–a cover of the classic Faces song “Stay With Me” and his current single, “Sometimes Love Just Ain’t Enough,” which features his daughter Tyler Reese Tritt.

Tritt is a songwriter as well as a performing artist, and it’s a task he doesn’t take lightly.
“Songs are a gift from God, and you just have to be smart enough to write them down when they come your way,” he advised. “Songwriting for me is one of the things that I enjoy probably as much or more than any other part of the business because of the creative side of it. I’ve had people come up to me all the time and say, ‘When you wrote this song or that song, you said all the things that I’ve been trying to say for a long time.’ That’s one of the greatest compliments as a songwriter you can ever possibly be paid.”
Tritt has written many songs throughout his career but there’s one song in particular that means more to him than the rest: his 1991 hit “Anymore.”


Written by Tritt and Jill Colucci in Nashville, “Anymore” was the second single from his triple-platinum album It’s All About To Changeand his second No. 1 hit in the United States.
Years later, he heard a story that forever changed the way he would view the song.
A mother reached out to Tritt after her daughter was in an accident and was in a coma for nine months. The woman said her daughter was a big fan of Tritt’s prior to her accident, and that they would play his music for her in her hospital room. Every time they played his song “Anymore,” she would turn her head toward the music.
“They were playing the song for her and all of a sudden she snapped out of a coma,” said Tritt. “How much my music had to do with that, I don’t know, but I know that all the doctors were saying that music is a very good thing. [It] is especially stimulating to someone who’s in that type of situation. Even in a comatose state they can respond to music like that.”
Tritt eventually visited with the young woman in the hospital and said the whole story stunned him.
“It really was a wake-up call to make me realize that music is so powerful, so much more powerful than those of us that create it really give credit for,” he said. “When you play a part in writing a song that has that kind of an effect on people it tends to make it become more near and dear to your heart.”
(radio.com)
ARTICLE LINK: http://news.radio.com/2013/07/23/travis-tritt-describes-how-his-1991-hit-anymore-helped-a-fan-who-was-in-a-coma/