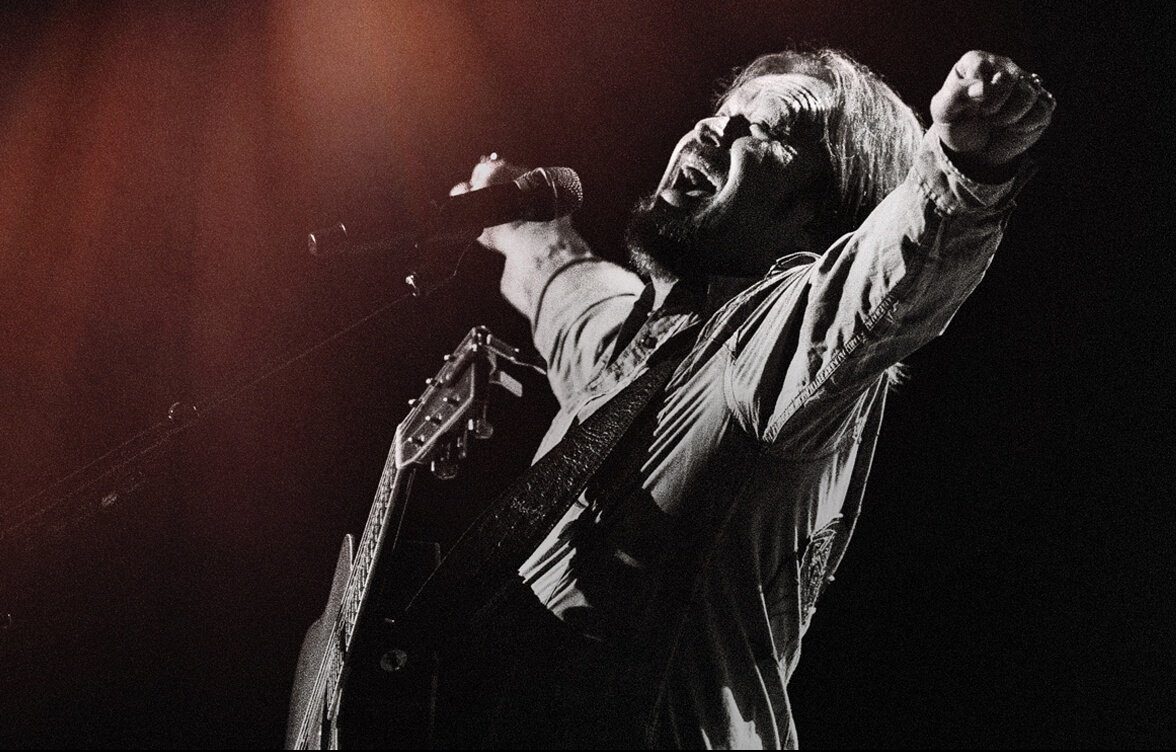 Then, Tritt Opens Up about His Life and Legacy in Music on an All-New Episode of The Big Interview with Dan Rather, Airing Tuesday, June 4 at 8 p.m. ET

(NASHVILLE, Tenn – May 29, 2019) – Get ready for a double dose of “T-R-O-U-B-L-E,” as AXS TV puts the spotlight on GRAMMY-winning Country star Travis Tritt with the premiere of the unforgettable concert event Travis Tritt: Homegrown on Sunday, June 2 at 9 p.m. ET/6 p.m. PT; followed by Tritt’s candid conversation with Dan Rather in an all-new episode of The Big Interview on Tuesday, June 4 at 8 p.m. ET/5 p.m. PT.

Filmed live last year at Bell Auditorium in Augusta, Georgia, Travis Tritt: Homegrown finds the beloved chart-topper performing in his home state and rocking to a packed house with some of his most enduring hits. During the night, Tritt entertains the audience with his thoughts on songwriting, his life-long respect for veterans, and his experience with the legendary Waylon Jennings, and delivers an impressive career-spanning set featuring a wide range of classics such as “Put Some Drive In Your Country,” “I’m Gonna Be Somebody,” “Whisky On Ice,” “Country Club,” “Here’s A Quarter (Call Someone Who Cares),” “T-R-O-U-B-L-E,” and “Lonesome, On’ry And Mean,” among many others. Tritt sings “It’s a Great Day to be Alive,” in this first-look clip.

One particular area of criticism revolved around his distinct lack of a cowboy hat. On his decision to forego the Country staple, Tritt explains, “I was tryin’ to set myself apart. Second reason, and the more practical, was I had all this hair back then… I was not tryin’ to make any kind of statements against cowboy hats.” Tritt’s style choice even caught the attention of the great Waylon Jennings, who famously aired his opinion on the matter in the pair’s duet “Old Outlaws Like Us.” As Tritt recalls, “At the very end of it, as the song was trailin’ off, Waylon says in a clear voice, ‘Travis, you may be the best. But I think you need a hat.’” Watch it here in this first-look clip.

Then, on June 4, Dan Rather catches up with Tritt at the world-famous Country Music Hall Of Fame in Nashville, Tennessee, where the Outlaw Country hero opens up about his favorite artists, his faith, his introduction to singing, his friendship with fellow icon Marty Stuart, and what sets Country apart from other genres. In this exclusive preview, Tritt talks about his life’s proudest accomplishment—becoming a member of the Grand Ole Opry—and reveals why he never thought he’d get in. “I looked different than all the rest of the guys,” Tritt says. “They were clean cut… They starched and pressed their blue jeans… I was wearin’ a lotta leather. I had hair down to here… and I was very heavily influenced by Blues as a kid. When I tried to bring that extra stuff in… I got a lotta pushback from the Nashville establishment.

About AXS TV: Launched in 2012 by visionary entrepreneur CEO Mark Cuban in conjunction with AEG, Ryan Seacrest Media, Creative Artists Agency (CAA), and CBS, AXS TV has established itself as the premier destination for music and entertainment programming. The network delivers an eclectic programming roster that includes original series such as The Big Interview With Dan Rather, Rock & Roll Road Trip With Sammy Hagar, and Real Money, as well as hard-hitting mixed martial arts events, and a slate of acclaimed documentaries and iconic concerts from some of music’s most influential artists. AXS TV is also the U.S. home of the popular New Japan Pro Wrestling and WOW-Women Of Wrestling promotions and Legacy Fighting Alliance (LFA).  AXS TV is currently available nationally in the United States and parts of Canada, Mexico, and the Caribbean. For a list of providers, visit axs.tv/subscribe. For more information, see www.axs.tv. Follow AXS TV on Facebook,Twitter @axstv; Instagram; and YouTube. Press information is available at axstvmediacenter.com.