HANNITY, SORBO 'AMAZED AND HUMBLED' AS NEW FILM DEBUTS AT NO. 2 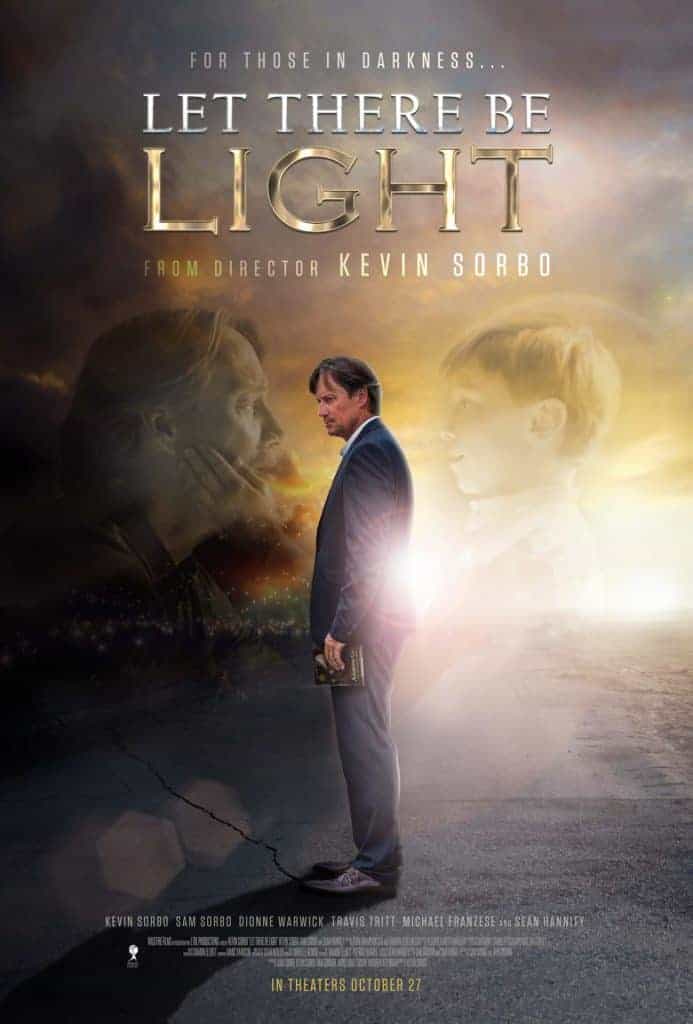 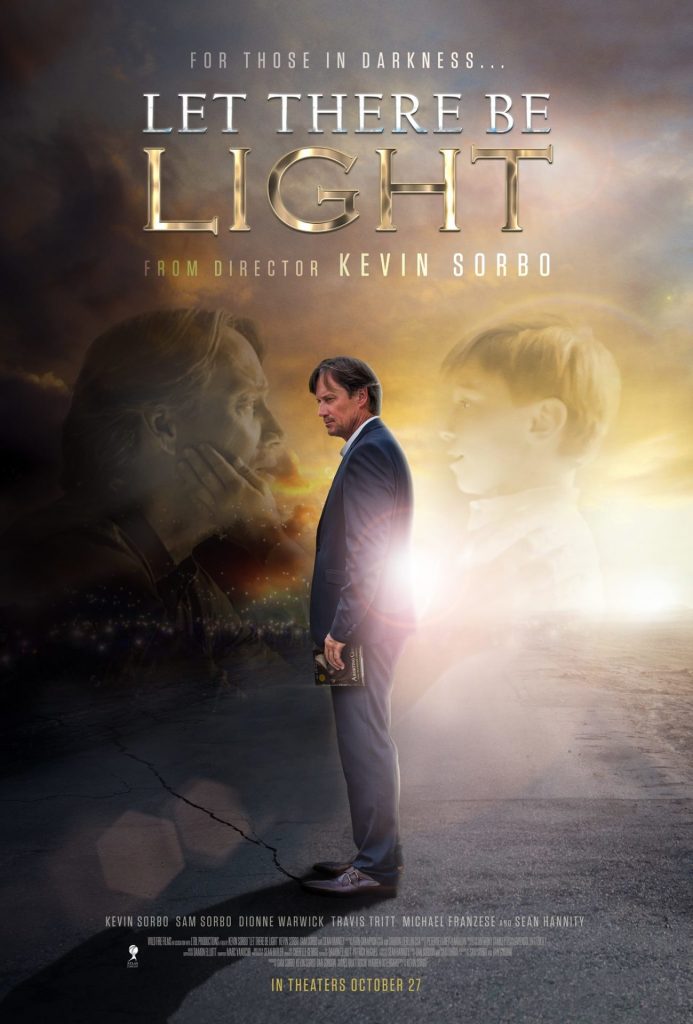 Maybe it’s because the Harvey Weinstein affair has revealed more clearly, and to more people than ever, that Hollywood is a cesspool of sexual predators and left-wing radicals – and too often, the kind of perverse movie fare sexual predators and left-wing radicals like to produce.
Or, maybe it’s that audiences of real Americans, far removed from the sick culture of Hollywood, are just really hungry for some wholesome, inspiring, redemptive entertainment.
Whatever the reason, “Let There Be Light,” the independent Christian film starring Kevin Sorbo and co-written by wife Sam Sorbo, who also co-stars, ranked No. 2 in per-screen average in movie theatres across the nation during its debut weekend.
The movie was executive produced – that is, funded to the tune of $3 million – by top-rated radio and Fox News host Sean Hannity and was directed by Kevin Sorbo. It garnered $5,071 per screen on some 373 screens Friday, Saturday and Sunday. The only film beating it out was “Jigsaw,” which earned $5,525 per screen, though with a far larger initial distribution of 2,941 screens.
Encouraged by its dazzling debut weekend, the film’s creators expect “Let There Be Light’s”distribution to expand to far more theaters this week.
“We are amazed and humbled by the response,” said Kevin Sorbo, who stars in and directed the film and who earned fame first as Hercules, then more recently as star of the hugely successful low-budget, independent Christian film, “God’s Not Dead.”
The new project was written by Dan Gordon, of “Hurricane” fame, and Sam Sorbo, who also stars, and two of the Sorbos’ teenage children also appear in their debut acting roles. The film also features Hannity, playing himself, as well as music stars Dionne Warwick and Travis Tritt.
“This is about a deep hunger on the part of the forgotten American people. They still crave entertainment that enriches and offers hope, and are tired of Hollywood’s typically negative, violence-glorifying, and sexually graphic fare,” Kevin Sorbo said. “The supportive and grateful outpouring of emotion from those on social media is overwhelming. This movie has brought people back to the theater, who haven’t been in 20 years, we are told. We can’t wait to see what happens in week 2.”
“America has spoken,” added Harmon Kaslow, chief of Atlas Distribution, which distributed the film. “Theaters are calling for the film, and we look forward to expanding in week 2 and beyond.”
George Escobar, vice president of WND Films and co-writer and co-director of the Academy Award-nominated Christian film “Alone Yet Not Alone,” confirms there’s a big change in the winds.
“The timing for movies made by filmmakers who are boldly Christian couldn’t be better,” he said. “With the spotlight on Hollywood’s past and ongoing allegations of sexual harassment, it’s important to give audiences movies that are edifying and uplifting for families.”
He added, “Christian filmmakers are working extremely hard to perfect our craft, to be more and more competitive in our storytelling abilities. If 10,000 hours is required to achieve mastery in a discipline, as ‘Tipping Point’ author Malcolm Gladwell claims, then it’s only a matter of time before excellent screenwriters will emerge from within the Christian ranks.”
“Let There Be Light” unfolds the story of Dr. Sol Harkens, a celebrity atheist who makes his living publicly attacking Christianity.
“He is not only anxious to share his disdain for God, but he also finds great joy and satisfaction in attacking his Christian opponents on the stage,” the movie’s synopsis explains.
All that profoundly changes when Harkens suffers a serious car crash that leaves him clinically dead for four minutes.
The movie has the approval of The Dove Foundation, a seal of approval from the Parents Television Council, was winner of the Best Picture at the Canadian International Faith & Family Film Festival and is being praised by prominent Christian voices:
“What a powerful movie! An emotional roller coaster ride with one of the most compelling presentations of the Gospel that I have seen on film. Definitely a must-see.” – Rev. Franklin Graham
“An emotionally powerful, insightful, inspiring drama.” – Dr. Ted Baehr, Movieguide
“In a world where so many people are suffering, movies like this are the encouragement that we all need to face difficult times with strength, offering forgiveness and hope when it’s needed most.” – Jerry Falwell Jr.
On their Facebook page, the film’s creators said Monday, “Well, it was an absolutely amazing opening weekend and the Lord has certainly blessed ‘Let There Be Light.’ We had the second highest per screen average in the country, second only to JIGSAW! There were sold out screens all across America and we are happy to announce that we are adding HUNDREDS of new screens for this coming weekend. Stay tuned for details! Thank you all again for your support, and keep sharing the light!”