A conversation with Travis Tritt 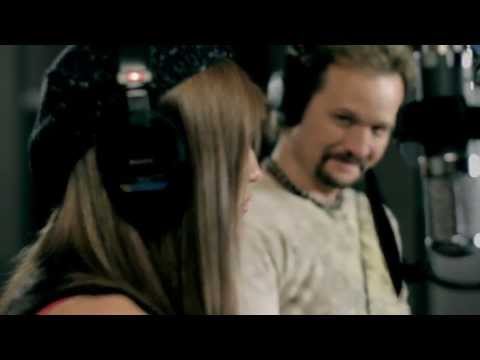 And what about the new songs?
I had cut “Sometimes Love Just Ain’t Enough,” and had a short list of three female vocalists for a duet: Wynonna, Martina McBride and Jennifer Nettles. But the timing was just off because all three had just recently recorded duets with other male partners, so we shelved it. Then last year we were on our way back from a wedding in Florida, driving back with my iPod plugged in. My daughter Tyler Reese, who’s now 15, was sitting in the back seat. When I recorded it originally, the female part had background singers, but my daughter had never heard the song before, and when it came up, she started singing the female parts halfway through, and when it ended, she made me play it over and over again a half-dozen times.
I didn’t say anything. I didn’t want her to know what I was thinking. But I was thinking, she was nailing this, and I would sing along with her on the choruses. There’s something about family harmony: You can’t replace it. I ended up going to my wife and saying, “I really think she can do a great job on the song,” and she agreed. So we came back in and recorded it with her voice on it, and I know I sound like a proud father, but she really nailed it!

Did she have any previous singing experience?
Actually she came out to a competition for kids that they have every year, iPop!, in L.A. She was nine years old and competed in spoken word, drama, solo vocal, vocal collaboration and dance, and came home a week later with a whole armful of first-place trophies. We immediately started getting calls from all these TV networks wanting to sign her up, but being an old-fashioned father and seeing what this business can do to somebody–chew you up and spit you out–I wanted her to have a normal childhood and basically tried to keep a lid on this volcano which is my daughter! But every year it’s become increasingly harder to keep that lid on her because she’s an amazing talent.
She looks like her mom.
Thank God! Her mother can’t sing a lick but if it was the other way around and she was looking like me and sang like her mom, we wouldn’t have anything to talk about! She really is spectacular.
The other new song is a cover of The Faces’ classic “Stay With Me.”
I always admired that band, and especially admired [its then lead singer] Rod Stewart. I’ve always been a Rod Stewart fan, and that cut’s one of my favorites from that era, and to get the opportunity to go out with the caliber of musicians we worked with on that album and recreate that song was just a thrill for me. I really enjoyed it, and it helped round out that funky blues-country element on that album. It just never had the opportunity to see the light of day, and now maybe it will.
But how will you get it out there this time?
We did a deal with Sony Red to distribute it to all the mass market people like Anderson Merchandisers, who put CDs in Walmarts and Targets and that sort of thing, and we got it on iTunes as well as Amazon, and we’re working with several other Web-based outlets like TuneCore to help promote the album as well. And we’re doing the songs live in concert and having the actual CD for sale at those shows: We’ve found that’s a tremendous source of sales for CDs.
I think people forget when we do our concerts how many hits we’ve had over the years. They start hearing them back-to-back and say, “I forgot about that tune,” or “He did that song!” And hearing it drives them to want to purchase the music, and if we’re doing stuff off the new album as well, it’s a great catalyst for people who want to go and purchase that music.
And you’ve also released a “Why Me, Lord?,” which you sang at George Jones’ memorial, on iTunes.
George was such a huge influence to everybody who tried to sing music of any kind, but he was also a dear friend: He was one of the first people I met when I came to Nashville in the late ‘80s, and each time I’d get around George he was always upbeat and had a joke to tell. He and I laughed and shared so many good times.
When Nancy Jones called and asked me to participate, I was honored. When they told me he had passed away I remembered that sinking feeling in the pit of my stomach in 1998 when I got word that Tammy Wynette had passed away. I was in Spain at a movie set with Willie and Kris–the old Sergio Leone sets where Fistful Of Dollars was made—when we got word over there. I was in the makeup trailer early that morning. Kris was sitting next to me and we got word and I remember looking at Kris and saying, “With all the years of hard living, drinking, drugging and stuff that George did, who in their right mind would think he’d outlive Tammy Wynette?” And Kris looked at me and said, “If it hadn’t been for Nancy he would not have!” Man, that’s absolutely the truth! George would say that to anybody.
So when Nancy called and asked me to sing at George’s funeral, she said, “I’d like for you to do something inspirational,” and that conversation popped back in my head. “What if I did the old Kris Kristofferson song, ‘Why Me…’?,” I said. She cut me off and said, “‘Why Me, Lord?’ was one of George’s favorite songs! That’s the one I want you to do!” It’s one of those opportunities that will stand out in my life if I live to be 100. That day will stand out. I’m so honored to have known George and have a friendship with him and be part of his send-off, and I thought everybody that day was extraordinary.
And there were great, great speeches. My good friend Charlie Daniels’ still resonates in my mind, and I occasionally repeat it on stage to this day: George never wanted to sound like the next biggest thing on Music Row or change his style. He just wanted to be George Jones, and in this world of cookie-cutter, follow-the-leader, whatever-radio-will-play sameness, George Jones stood head and shoulders over everybody because of his originality. That’s a wonderful lesson for everybody in this business, old and new.
I’m honored that I got to know Waylon Jennings ,Johnny Cash, Earl Scruggs–all those people who are legends that will go down in history like George Jones will. Some of the greatest of all time, and not only did I get the chance to meet them but they became friends and I had the opportunity to learn at their knees and those lessons I carry with me every single day.
So who’s managing you now?
I’m doing it myself now! It makes for a longer day, but at the end of the day, I decide what I want to do and I’m happy–really happy.
– By Jim Bessman (examiner.com)
INTERVIEW LINK: http://www.examiner.com/article/a-conversation-with-travis-tritt